Around the time of the release of Ubuntu 7.10, I tried out the Gnash Flash player included in that release. Because Adobe’s Flash player can not be redistributed in the default Ubuntu installation, a choice of players are offered when you visit a page in Firefox with Flash content. There are three options in Ubuntu 8.04: Adobe Flash, Swfdec (new to this version), and Gnash.

Gnash is an open source alternative to Abobe’s proprietary Flash player. It has support for the older SWF v7 Flash format and SWF 8 and 9 are in development. Gnash is part of the GNU project.

Swfdec is a similar project licensed under the LGPL.

I started both of my tests by browsing to a YouTube video page. Firefox would prompt me here to install a plugin to view the video.

I think that Adobe’s Flash should be set as the default in Firefox’s plugin finder to avoid confusing new users. The advantages and disadvantages of each player should be made clear.

I started with the default selection, Swfdec. The installation went by without any trouble and the current page was automatically refreshed. The first thing I noticed about Swfdec was that any Flash applets have to be clicked before they run, which a nice feature.

Immediately after clicking to play the YouTube video, Firefox prompted me to search for a suitable codec. I selected to install all of the offered packages. After the quick install, the YouTube video and sound played flawlessly. The video controls all worked, with the exception of the volume meter which did nothing. 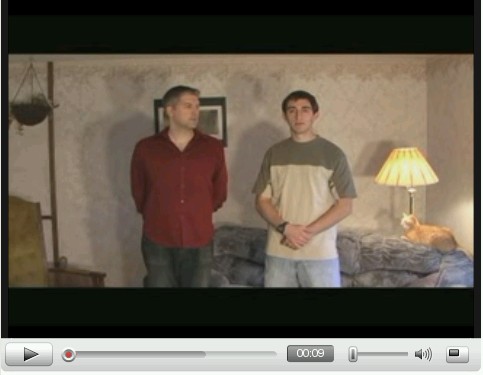 Video site number two, Vimeo, didn’t work so well. Playing a video resulted in a no video found error. You’ll have the most luck with the most popular video sites that the developers have focused on. Simple menus and banners worked fine, but I couldn’t find any games that worked.

Next, I installed Gnash the same way. Again, the page refreshed and Gnash tried to play the YouTube video. However, Gnash couldn’t play any video and couldn’t even render the YouTube player properly. 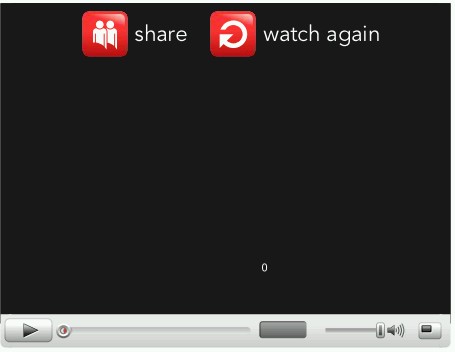 Vimeo videos rendered as a gray box with no error. The only Flash content I was able to get working with Gnash was some simple animations and menus.

Swfdec is clearly ahead of Gnash at the moment, but most Linux users are still not going to be interested in either; they don’t support most of the Flash content on the web. However, for users who don’t have Flash support on their CPU architecture, or want a completely open source desktop, these options are still useful. They’ll get you by on sites using Flash for navigation, and even for basic Flash video on major sites.

Adobe recently removed the restrictions on use of the Flash SWF file specifications as well as the licensing fees. The Swfdec developers so far have said that the new specifications aren’t too important, but it’s good now that the legality of their work is sorted out. Hopefully now the developers of these two projects can concentrate on building an excellent open source Flash player.

I read this hoping that one of the alternatives would be able to play flash in full screen, it is said that adobe flash can’t do this in linux.

I’m some what new to ubuntu and I installed Swfdec because it was the default and I hate it. I’ve been trying to switch back to Adobe’s Flash and I can’t figure out how. Is there a way for me to do it?

On many Ubuntu computers I’ve used, when you maximize Youtube videos while using Adobe’s Flash Player, the video becomes very choppy, and it loses frame rate. This has been experienced on both slow and fast computers, so CPU speed has nothing to do with it. On single-core CPUs, the CPU rate reaches 100%; on my dual-core AMD Athlon X2, both cores reach 50%. These same computers do not have these problems while running under Windows XP and Firefox, especially with Youtube videos running on multiple tabs. There are obvious bugs which need to be worked out, and me and several others from the Ubuntu Forum have filed bug reports at Adobe’s website.

Hopefully Adobe makes a better Flash player 10 for Linux. If they don’t, I’m definitely going to use an open-source alternative next time, no questions about it.

rangerdanger:
The latest versions of Adobe Flash, including the version in Ubuntu 8.04, can play fullscreen.

Anonymous:
Open the Synaptic package manager, and search for Swfdec and uninstall it. Then install flashplugin-nonfree.

I’ve had the same experience with Flash players, being that I’ve had to install them all to be able to play Flash video on all sites….

Tom:
It may play in fullscreen, but it is useless as Chris said. Oh and I see that you edit or is that censor comments, either post the comments or don’t, people tend to get upset when you rewrite their words.

Hi, is there a way to remove swfdec and use adobes one instead?

I’ve been using the Adobe nonfree plugin, simply for the YouTube support. However, on Hardy, it seems like the plugin has gotten *less* stable on my AMD64 machine. In fact, it seems that just about every time I browse for more than a few minutes and go to a YouTube video, the plugin has already crashed. I’m forced to restart the browser and try again.

This Swfdec option sounds interesting, and I think I’ll give it a try if it’s already fairly stable on YouTube.

I’d heard swfdec was preferable to gnash, but I hadn’t tried it yet. Nice to have a second positive opinion. Cheers!

Ciao,
I have the same problem read in a past post.
I have installed Swfdec via Firefox Plugin Finder Service and I do not like it, now I cannot uninstal….
If i check in the synaptic it seems not installed (as I installed via Firefox and not via synaptic).

What should I do?
Thanks

Swfdec is a pain that I need to click on each flash to play.

I recently used the first one when I went to youtube, but now I am regretting it. Not that is not working is just that well I do not like the idea of double clicking, but my guess is that if the first one allows users to play games that use shockwave than it is worth it. Have not tested it so I really do not know what it does. My assumption is that it lets you open a SWF files instead of having to click on the webpage? Had wink installed a while back and it produced to three files. Speaking of Wink I wonder why it does not load anymore since I upgraded to ubuntu 8.04? hm strange.

i snagged the adobe flash for fire fox and it works fine but i cant seem to play an .swf file i download from the internet any tips/ thoughts?

Try open the file with firefox.