One of the new features in GNOME 3.2 is quick file preview. Pressing space while a file is selected in the file browser will open a window with a preview of the file contents. Previews of images, videos, music, PDF documents, and more are supported. 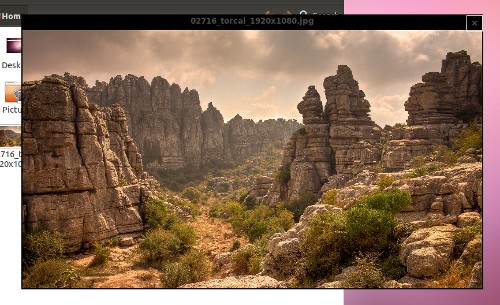 The preview feature is provided by an application called Sushi. Since GNOME and Ubuntu Unity use the same file browser, no configuration is needed to use Sushi in Ubuntu.

Search for and install gnome-sushi in Ubuntu Software Center, or install it from the terminal:

Sushi has a plain black user interface, but features nice animated effects when zooming in and out of images, and slick transparent controls over videos. Since Sushi runs in the background once it’s started, it should appear fast when launched.

The file preview feature isn’t very discoverable. The only way to launch Sushi seems to be pressing space while a file is selected.

There seems to be some minor issues with Sushi and Ubuntu’s theme. Also, Sushi doesn’t play very well in VirtualBox. It sort of worked in Unity 2D, but under any compositing window manager it had major problems. I’ll have give it another try once Ubuntu 11.10 is out and I have it installed on a real system.

I used to use Gloobus-preview a while ago, and was quite happy with it. I liked it because it had syntax highlighting for a bunch of languages, and it also previewed GIMP and Photoshop files.

It would be really useful if you could also preview openoffice files and other files with it. Also it should be able to preview files from samba shares. I like the idea but it lacks polish.