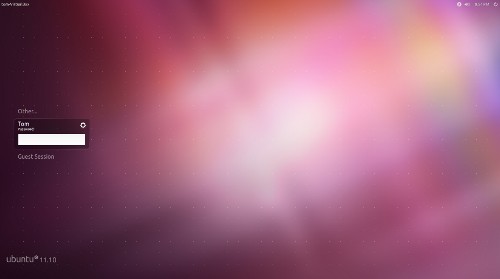 Déjà Dup (under the name “Backups”) has been added bring easy backup functionality to the default desktop. The user interface makes it simple to set up an encrypted, remote, and incremental backup. One downside is that the backup format is opaque rather than plain files.

Other application changes include Ubuntu Software Center getting a substantially improved interface, and Thunderbird replacing Evolution as the default email client.

Unity is now based on GNOME 3 and GTK+ 3. Many GNOME applications like the file browser are improved and have cleaner interfaces. The new GNOME System Settings application is included. 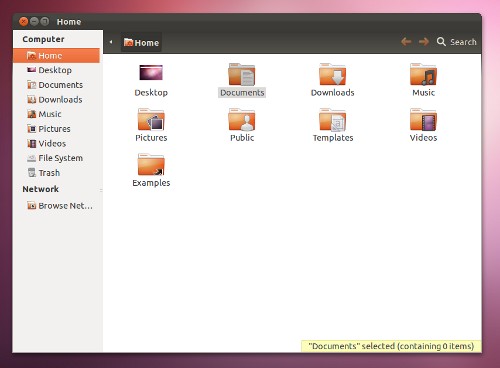 Unity itself has seen many changes. The button to open the dash has moved into the launcher. “Places” are now called “Lenses” and are accessible from within the dash instead of the launcher. The Alt+Tab application switcher has a new look. The default theme has been tweaked, and application toolbars are now dark to match window title bars and the top panel. 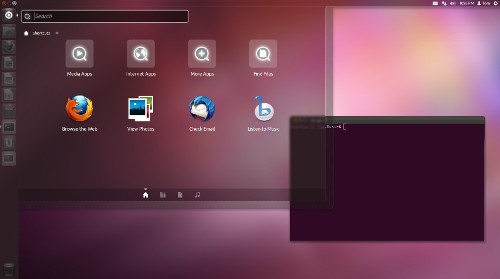 Unity 2D has replaced the classic desktop as the fallback for systems without accelerated graphics (the classic desktop is still available to install). Unity 2D, based the the old Metacity window manager, is mostly consistent with the Compiz-based version but loses the 3D icon stacking effect in the launcher and true transparency in windows like the Terminal. However, it still does some tricks I didn’t think a non-compositing window manager could do: it keeps the transparent dash with blurred background and the animated workspace switcher. I wonder how well it will perform on older hardware.

Speaking of performance, I’m hoping that using the dash as a application launcher will be a bit faster. In 11.04 there’s a slight but irritating lag between typing to search and the list of matching applications being displayed. It’s hard to tell in the virtual machine, but 11.10 seems to be better.

Switching between tabs by mouse-over scrolling is not working in the file browser or system monitor (but the terminal is fine). Does anyone know whether this is a bug or intentional?

Some of Ubuntu’s interface changes are taking a while to be applied to every application, even those installed by default. LibreOffice and Firefox are still missing the overlay scrollbars (terminal has gained them). LibreOffice is also missing the unified menu bar and the new dark toolbars.

The final release is scheduled for October 13th. I’m looking forward to upgrading next month!