Dell’s line of computers featuring preinstalled Ubuntu is about to be joined by the thin, light, and powerful XPS M1330. 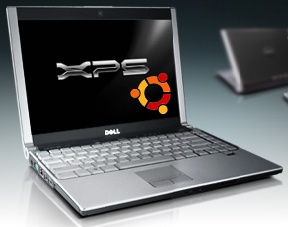 There have been plenty of low-end Linux systems available lately: the ASUS Eee PC, Everex gPC, Everex Cloudbook, Dell’s Ubuntu computers, and others. But this one is definitely high-end. The XPS with Ubuntu features a Intel Core 2 Duo T7500, a SSD option, 13.3 inch 1280x800 pixel display, Nvidia or Intel graphics, and up to 4 GB of memory.

Ubuntu 7.10 is preinstalled along with LinDVD and Adobe Flash.

The XPS M1330 is available with Ubuntu in Europe now, and in the US early February.

It is about time! I can now purchase a new dell with out jumping through hoops to get my money back from M$ when I select no to the terms of the EULA upon first boot and proceeding to install Linux (currently Ubuntu). Three cheers for dell because I suspect that this is just the beginning!

This is one sweet-looking machine. It makes me so happy to see Dell supporting Linux…and to see that people are finally beginning to see what Linux can do them.

Ubuntu on good-looking laptop, very nice. Dell is progressing, good move this. Just get it out here in Australia.